— COMPREHENSIVE PROJECT OF THE HOTEL APARTMENT —

The flax spinning mill in Żyrardów was established in 1913. At the time it was one of the most modern factory complexes in Europe. In 1900, at the world exhibition, Żyrardów was presented as a model city whose detailed urban planning created a unique city organism.

Currently, the factory halls are considered a gem of the industrial style and are gradually adopted for housing purposes. These lofts house unique private and hotel apartments, as well as commercial spaces. The proximity of Warsaw and the highways made Żyrardów an attractive location that started taking on a new life.

Ola and Michał travel a lot. Two years ago, they came up with an idea of running their own hotel apartment. They had a clear vision of the place they wanted to create. They dreamed of an intimate, secluded space, where one would like to spend a romantic weekend. They spent quite a while looking for a location in Warsaw or the nearby areas.

De Girard lofts enchanted them with their unusual atmosphere, the industrial authenticity and the height of the rooms.

They entrusted the interior design to JAM KOLEKTYW’s designer Anna Olga Chmielewska. She received a few tips regarding their dream space: a comfortable large bed, a bathtub in the bedroom, a comfortable bathroom and a small kitchenette. The interior was to maintain its industrial character, be cozy, mysterious and sensual at the same time. But there was also a lot of freedom and trust placed in Anna hands to implement her ideas. The only limit was the investment’s precisely defined budget.

The design work began with the creation of a color and material palette for the interior. Anna chose different shades of green and gray, from very dark to graphite and two metals – black steel and copper, that beautifully harmonize with the color of the old brick. The wall and floor textures were also very important. The floors are oak, oiled planks in a color especially created for the interior. A moisture-resistant cement was placed on the wall and the floor around the bathtub. Green structural plaster was reconstructed from samples prepared by Anna. Painting the walls took four hands working hand in hand.

Interior of this apartment captured on the 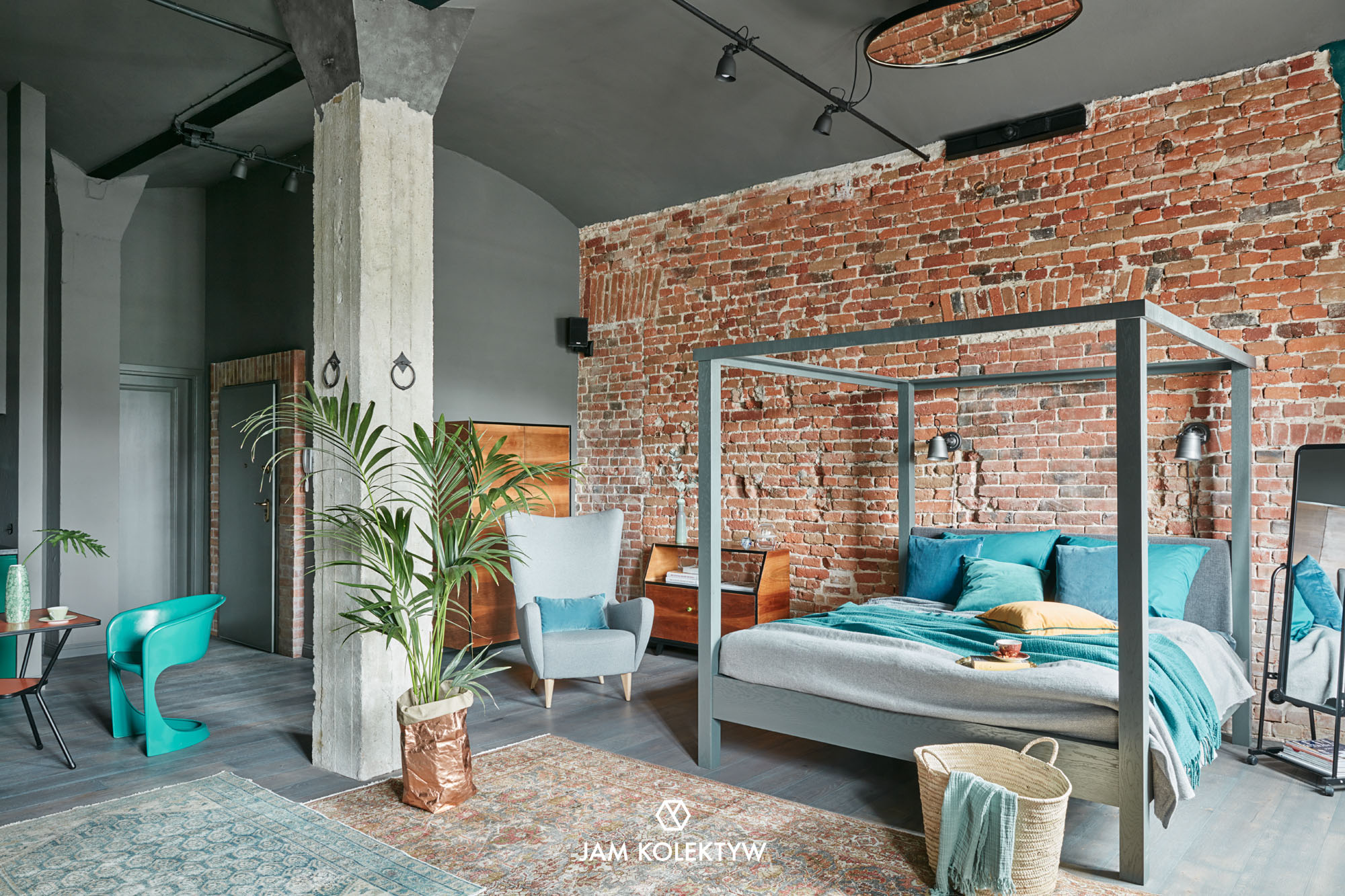 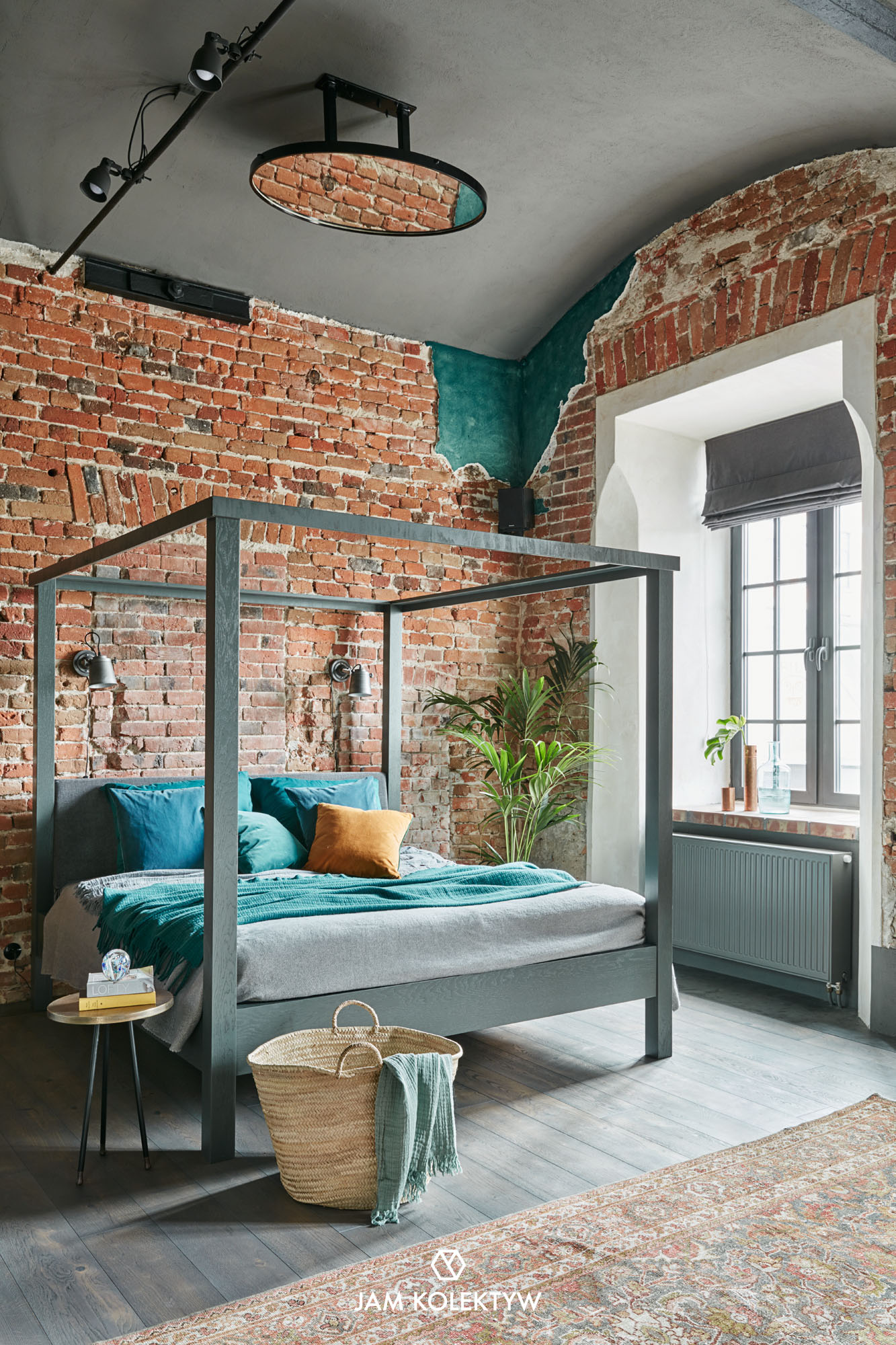 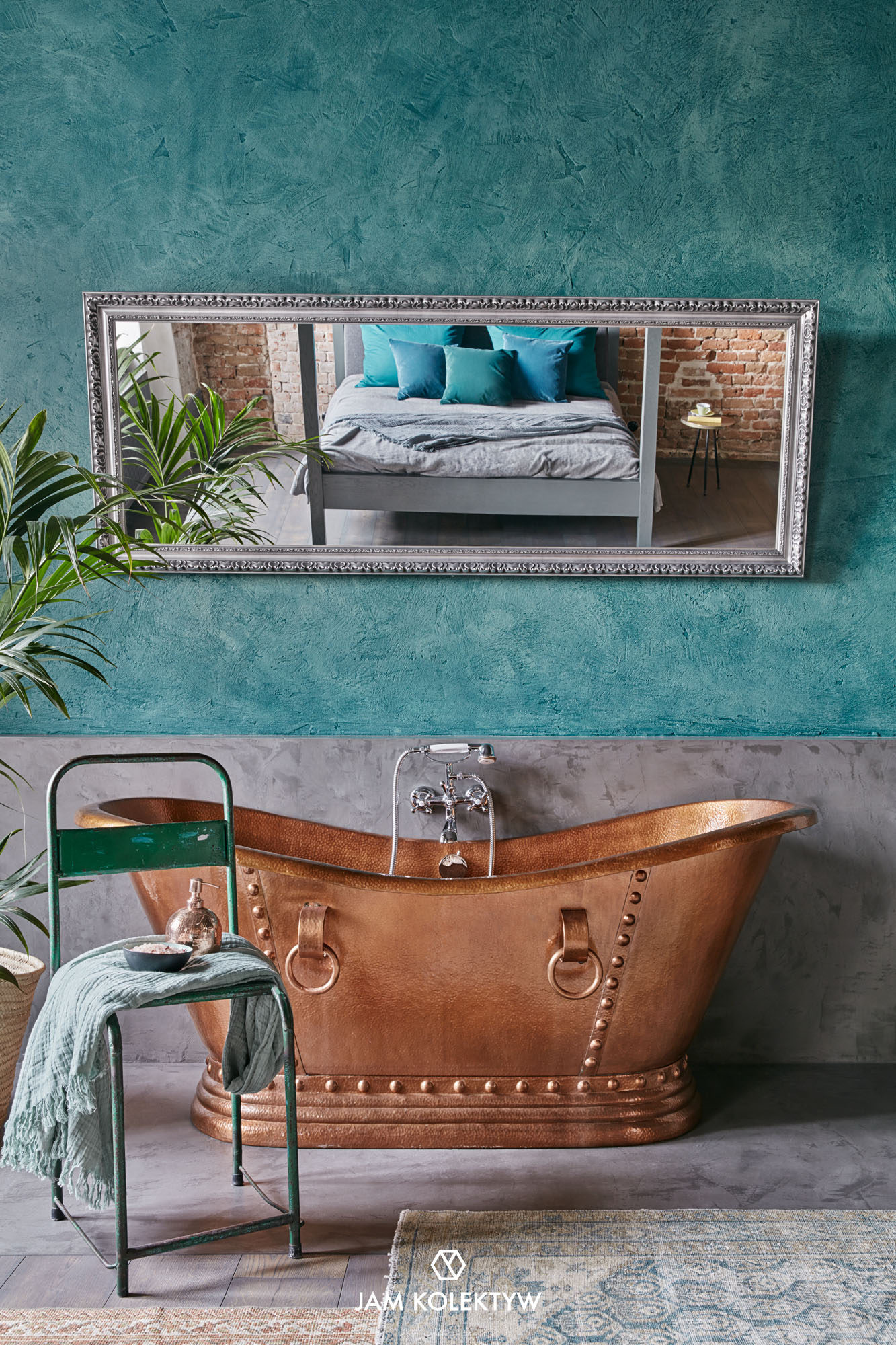 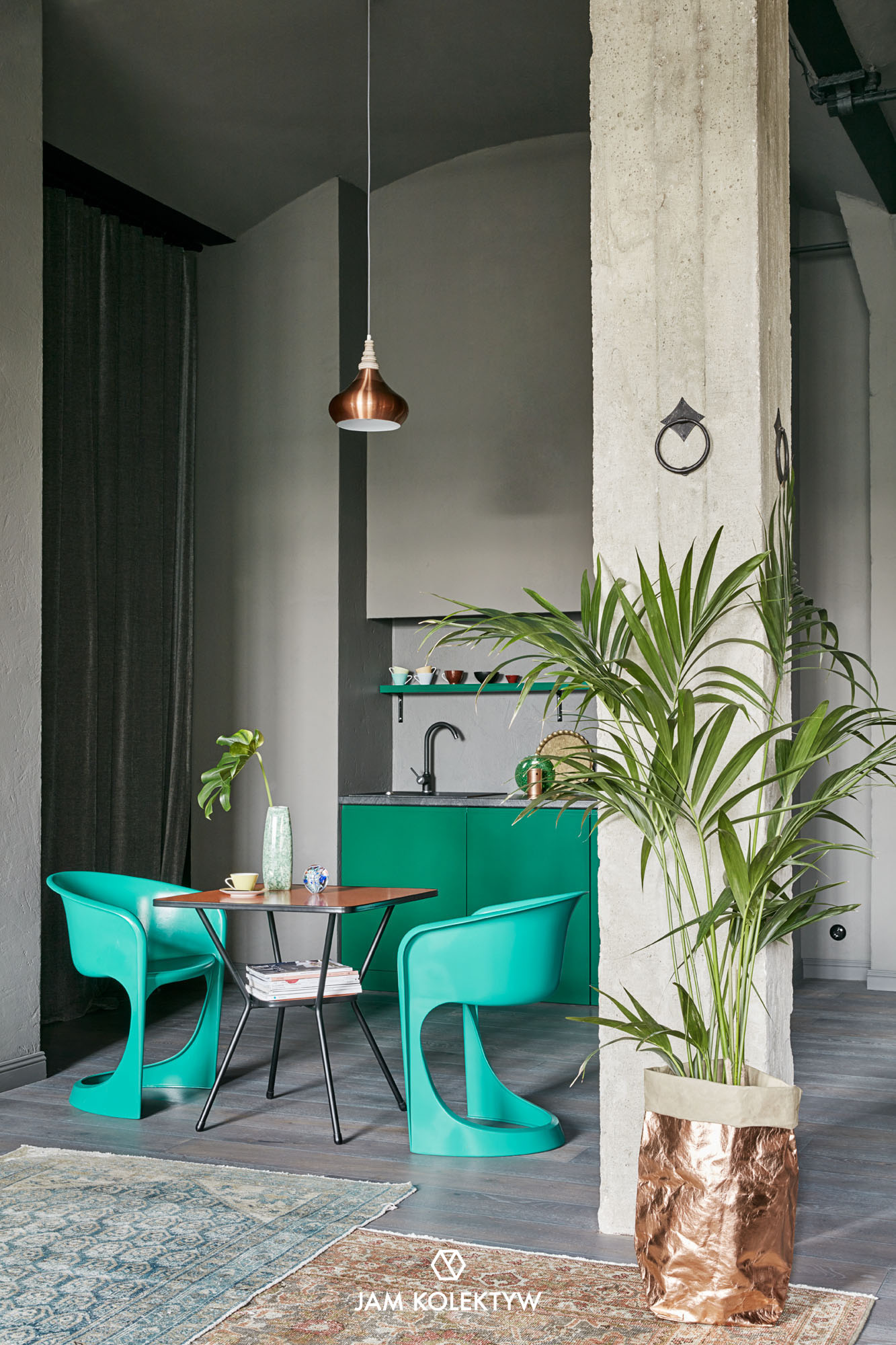 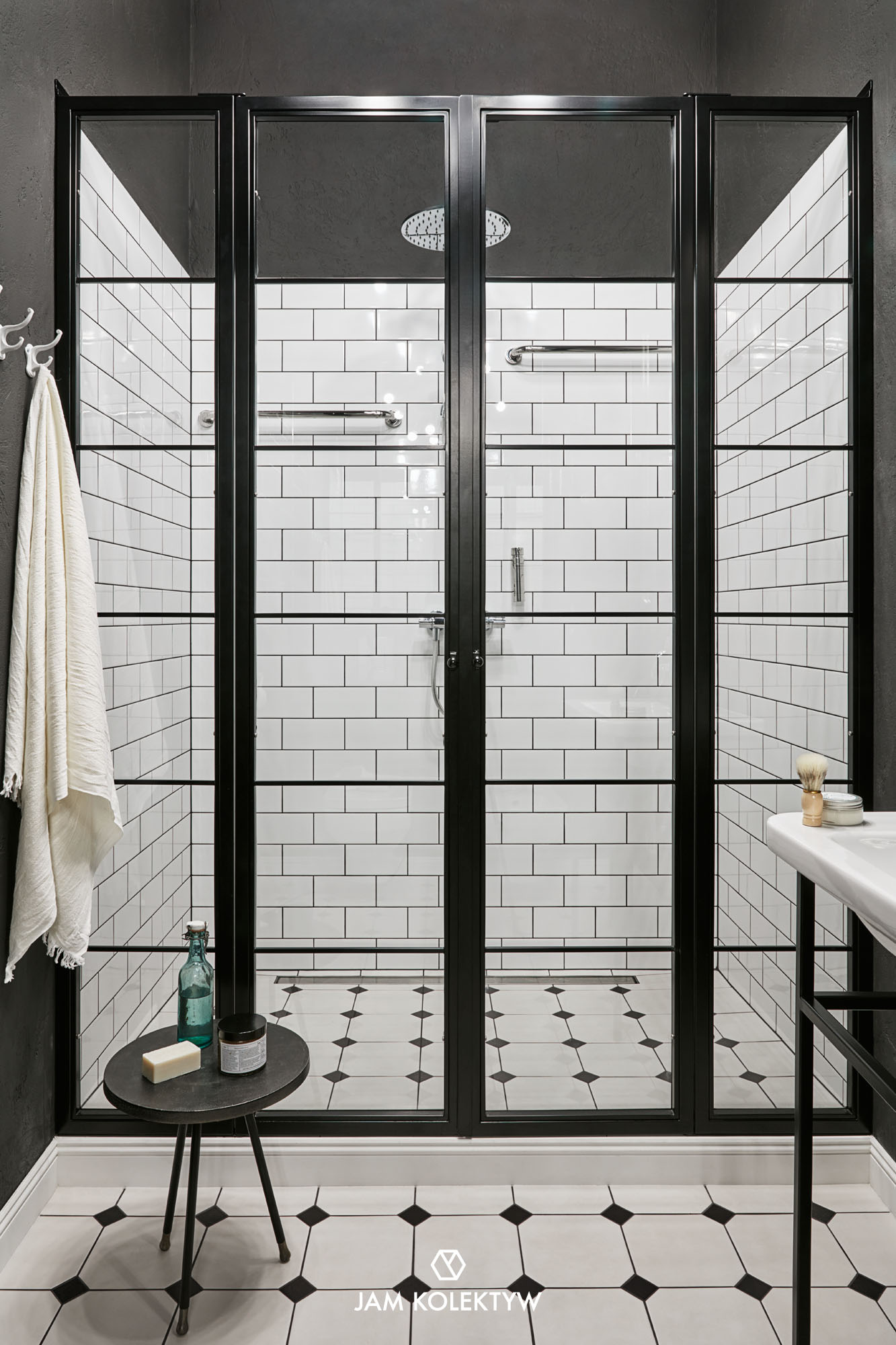 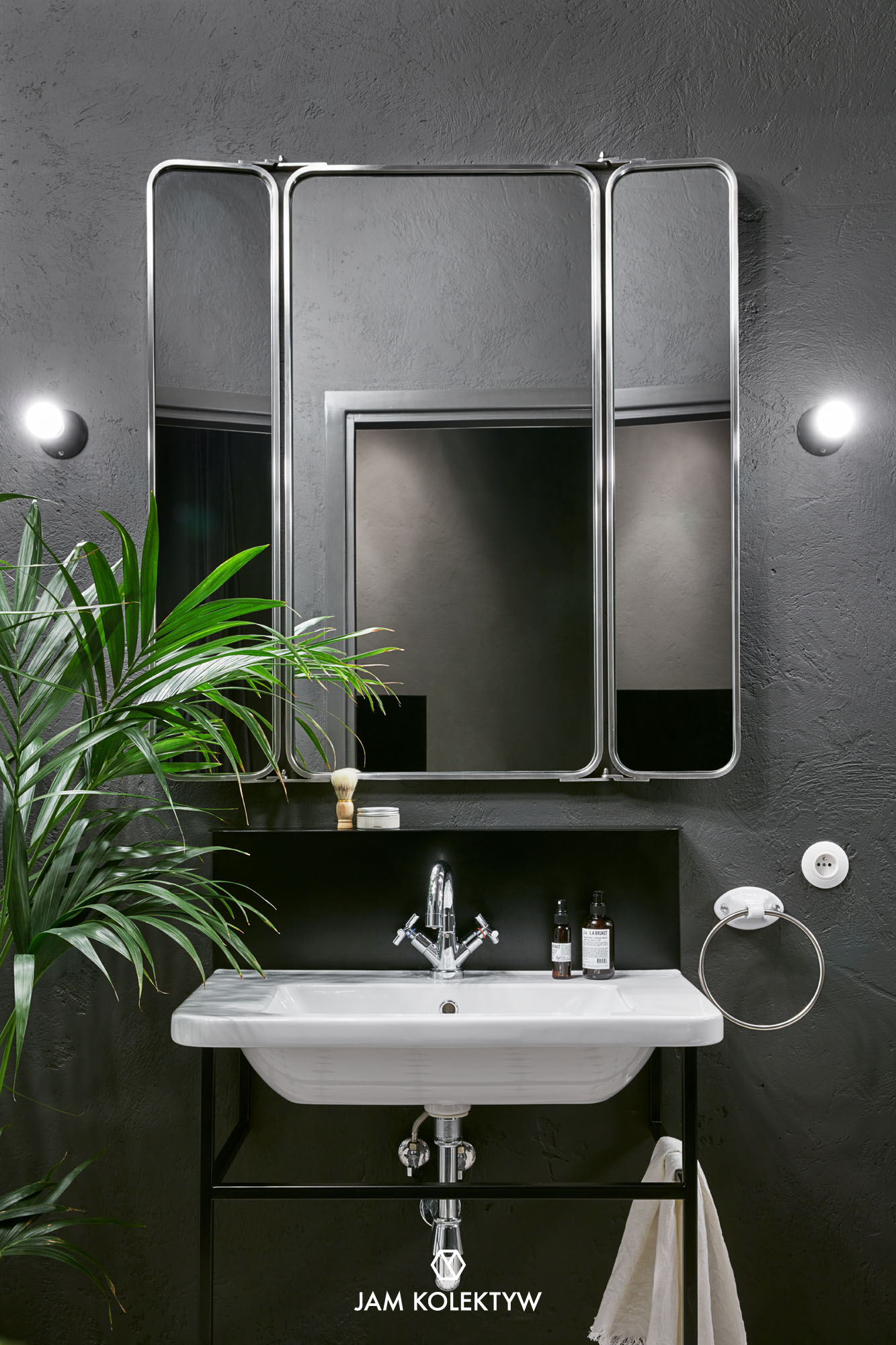